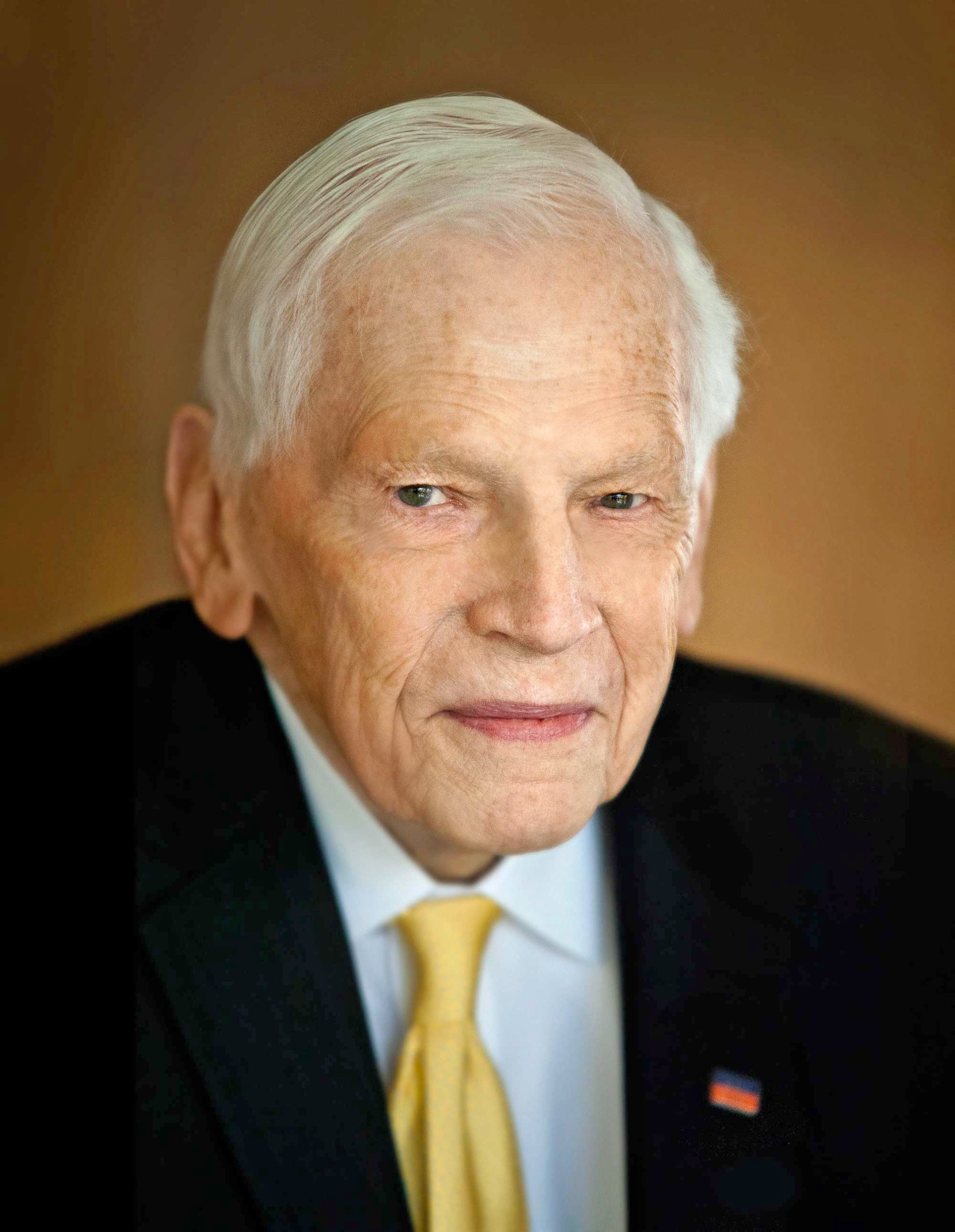 Former Great Neck School Superintendent William A. Shine, who was hailed as a “visionary” leader, died on Friday at 93.

“Dr. Shine’s legacy is inextricably intertwined with our schools and Great Neck,” said Board of Education President Rebecca Sassouni. “He was a visionary who understood education from every vantage point: He understood the vitality of the mission of public education to the students, the educators, to the entire community and, also, built positive relationships with local private schools.”

Former President and current board Trustee Barbara Berkowitz said in a statement to Blank Slate Media that Shine “was the true definition of an educational leader” and that it was an honor knowing him for more than 35 years.

“It is fitting that William A. Shine Great Neck South High School, an institute of learning, was named for Dr. Shine with the hope that all that saw his name permanently etched on its signs would emulate his continued love of learning,” Berkowitz said.

“Dr. Shine remained involved and active with the Great Neck Public Schools and attended plays, concerts and graduations until recently,” Board of Education Vice President Donna Peirez said. “His presence and his educational presents will be sorely missed.”

“Dr. Shine admirably served this wonderful community for almost 23 years as the superintendent of the Great Neck Public Schools,” Superintendent Teresa Prendergast said. “He was a friend and a mentor to us all and his legacy will live on through the stories of his life and the advice and words of encouragement he provided to others.”

Robert S. Widom, Temple Emanuel of Great Neck’s senior rabbi, said whenever he walked through the halls of any Great Neck school with Shine, students would come up to him with a genuine appreciation for his commitment to public education.

“Dedicated to the art of education, he would embellish his thoughts with wit that served to fortify his ability to reach young minds with his great erudition,” Widom said. “And the students loved him. They appreciated that he supported them, that he could be unrelenting in his encouragement that they develop their unique strengths.”

Shine was born on April 22, 1928, in White Plains and attended Iona College for his undergraduate education, later receiving a Doctor of Education from Rutgers University in New Jersey.

In 1982, 60 years after Elise Gignoux was named as Great Neck’s first superintendent, Shine was named to the job.

In 2006, Shine’s legacy was cemented in the district when South High was officially named William A. Shine Great Neck South High School.

Following his tenure in Great Neck, Shine spent six years working in the Manhasset school district, including a few months as interim superintendent.

Aside from being a dedicated public educator, Shine served in the Marine Corps, something his wife, Susan, said he held in high regard. Aside from Susan, Shine is survived by his children Barbara and Jack, four grandchildren and one great-grandchild.

Susan, in a phone interview with Blank Slate Media, said preliminary plans have been made to have a celebration of Shine’s life at the school that bears his name sometime this spring.

This article has been updated since its publication